Tim Trevan is a founder of CHROME Biosafety and Biosecurity Consulting.  He focuses on management aspects of designing and implementing a culture of safety in organizations whose work involves biological risks.  He is also an expert on assessing biological risks arising from nature, accidents and deliberate misuse of biology and designing risk management plans to avoid and mitigate these risks.  In addition, he scans new technologies, such as synthetic biology, to ascertain if they engender new risks and, if so, how these are best regulated and managed.  To this end, he has been centrally involved in policy discussions on 'dual-use research of concern' (DURC) and 'gain-of-function' experiments.

Tim was previously Executive Director of the International Council for the Life Sciences.   Earlier, he was the political advisor to the UN Special Commission for Iraq (UNSCOM).  Before that, he was a British diplomat, serving in Yemen and at the Conference on Disarmament, and at the Foreign and Commonwealth Office dealing with weapons of mass destruction and later with the rules of war, refugees and human rights issues.

Tim has been an invited speaker on biosafety and biosecurity issues at many conferences in every continent save Antarctica.  He has commented extensively on television and radio and in print media on these issues.  He has written commentary for Nature, Sunday Times, the Guardian, and the Sun in Britain and the Los Angeles Times.  His book, Saddam’s Secrets, about Iraq’s weapons of mass destruction programmes, was published by HarperCollins in 1999.  He has also provided chapters for several books.

Tim graduated in Cellular Pathology from Bristol University, where his thesis was on chemical carcinogenesis, and obtained his MBA from INSEAD. 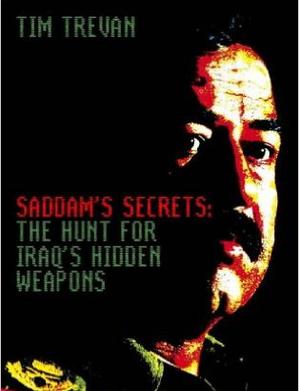